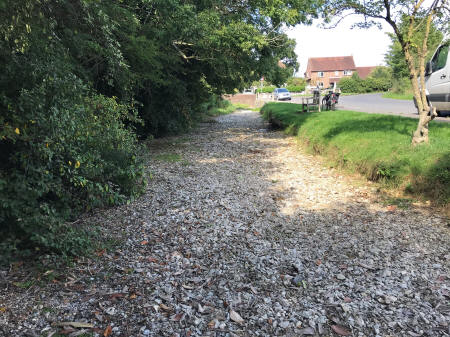 A group campaigning to save their local river has drawn up a rescue plan to bring it back from the “cliff edge” of disaster.  The plan would stop millions of litres being pumped from the underground sources of the River Ems by Portsmouth Water.

Friends of the Ems (FOTE) was formed last month by residents in Westbourne, near Emsworth. It is campaigning to restore the river to a healthy wildlife habitat and stop it running dry in places where it used to flow freely.  Now the group is calling on the Environment Agency (EA) and Portsmouth Water (PW) to consider its plan.

PW has licences to take water from the underground reserves that feed the river, in a process called abstraction. The licences are controlled by the EA.

FOTE have put this plan to them:

●       From now until 2025, PW would voluntarily reduce or stop abstraction when groundwater levels fell below an agreed point.

●       From 2025, abstraction by PW would significantly reduce or stop, permanently, in an attempt to achieve a natural flow in the river.

In a letter to PW and the EA, the group says the amount of water now being abstracted, combined possibly with the effects of climate change, is having “a devastating impact on the health and biodiversity of the river”.

Historically the Ems had enough water to support five water mills in the Westbourne area, along with watercress beds and extensive water meadows.   Now the river is at a “cliff edge”, FOTE says. This was shown last month when a PW pump, artificially adding water to the Ems, failed for just five days. Large stretches of the river ran dry.

A spokesman for FOTE said:
“It’s clear that the amount of abstraction allowed by the licences was far too high when they were granted in the 1960s. Something needs to be done quickly, and we want to meet the EA and PW as soon as possible to discuss our plan.”
The Ems is a haven for protected wildlife and one of only about 200 such chalk streams in the world. It flows through the South Downs National Park and into Chichester Harbour, via Westbourne and then Emsworth.

FOTE is part of Greening Westbourne, a local environmental campaign. Greening Westbourne has been supporting a proposal by Chichester District Council to make the area along the Ems a designated “wildlife corridor” because of its environmental importance.  Local people who want to join FOTE can get involved by signing up as supporter. They should email greeningwestbourne@hotmail.co.uk

The group is also keen to receive information, especially written or photographic evidence, that suggests the river once enjoyed better conditions and flows. It is also collecting evidence of how the community or river wildlife has been affected by low flows.